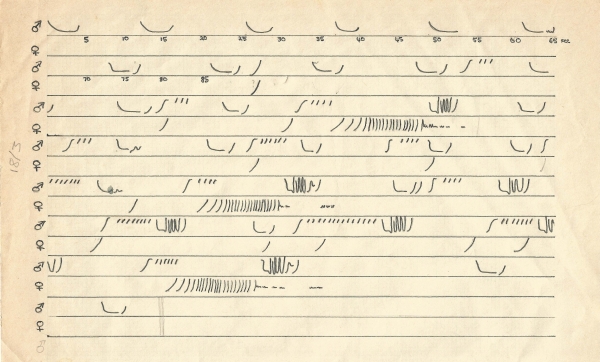 The Great Call is an early composition by Iain Mott made at La Trobe University. It was originally composed for the University of Melbourne Guild Dance Theatre's production of Signals in 1989. It was later performed as part of the Astra concert program for 1990-10-05 at Elm St Hall, North Melbourne with the Bell & Whistle Company. The composition is based on recordings of the homonymous vocalisations of the white cheeked gibbon (Hylobates concolor) made at the Melbourne Zoological Gardens in March 1998 on analogue tape. In the studio a pitch to MIDI tracking device was used to control an Oberheim Xpander synthesiser and a sampler. Other synthesised sounds, percussion and vocalisations were improvised and recorded by the composer on multitrack tape.

Read 6442 times Last modified on Tuesday, 27 October 2020 12:06
Tweet
Published in Projects
More in this category: « Sound Mapping: an assertion of place Pope's Eye »
back to top