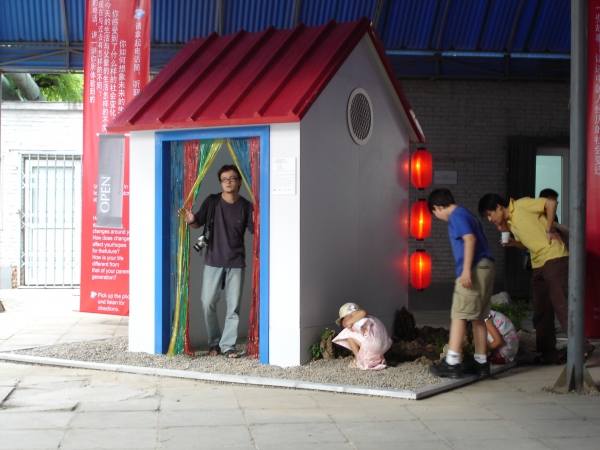 Zhong Shuo (People say) is a sound installation made collaboratively by Australian sound artist Iain Mott, Beijing visual artist Ding Jie and the Chongqing art collective the Li Chuan Group comprising Li Chuan, Ren Qian and Li Yong. The work acts as a system for the collection and telling of stories and focuses on the rapid force of change in China. In 2005 two installations were created. The first was at the Long March Space in the Dashanzi district of Beijing and was launched on 20 August. The second was launched on 10 October at the Chongqing Planning Exhibition Gallery at Chaotianmen Square, Chongqing. Zhong Shuo received 3rd prize in the 2005 UNESCO Digital Arts Awards.